The Halo Effect and Small Business

The Halo Effect and small business, or in business in general, is something which has been covered in a few places – particularly in recent years as consumer psychology is increasingly used. {Tweet}

In psychology, the Halo Effect is a bias which states that an individual’s overall impression of a person influences their views of that person’s character. For instance, Chris might have only met Nancy once, and he liked her – particularly the fact that she had two Labradors, and worked in the same industry. When asked, two months later, if he thought Nancy was likely to give to charity, Chris would be more likely to say yes than he would be about a complete stranger – despite the fact that he has absolutely no evidence on which to base this assessment. 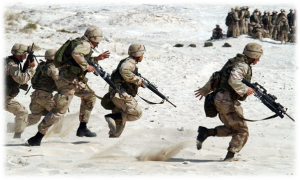 The Halo Effect Was First Tested On Soldiers

The classic example of this was carried out by Thorndike – the psychologist who coined the term in 1920. Thorndike asked officers in the military to rate their subordinates on a wide variety of qualities – including things such as leadership, physical appearance, intelligence, loyalty, and dependability. Thorndike found that where soldiers were rated highly in one aspect, they tended to be rated highly in others, whilst negative ratings in one quality led to negative in ratings in the others. Thorndike concluded that the correlation was too clear to ignore.

The Halo Effect has even been shown to influence things such as jurors being less likely to believe an individual was guilty of murder if they considered them attractive.

Anyway, whilst we’ve established that the Halo Effect probably means that Chris (and to an extent all of us) probably make snap judgements about other people, what does it mean for your small business? {Tweet}

The Halo Effect and Small Business

Although this blog post can only ever cover the Halo Effect very briefly, the topic is certainly an interesting one and there are two prominent elements.

The Halo Effect suggests that we tend to place more value on the thoughts and opinions of one individual over another – we are more likely to like or dislike every aspect of an individual for whom the Halo Effect is in place, including their points of view, regardless of whether or not their argument is actually the best. It’s worth remembering this next time you’re in a business meeting – evaluating decisions without any bias is incredibly difficult regardless, but if you’re at least aware of the potential forms of bias, it can be a start! That said, don’t over compensate – sometimes the person who sounds like they have the best argument, particularly in family-owned businesses, might actually be your partner as well! {Tweet}

If you can create a Halo Effect around your products or services, clients and customers are far more likely to see new releases or diversification in a positive way. One of the best examples of this is Apple, which built a line of personal computers, developed a passionate following, and users thus were willing to believe that items such as the iPod would also be as well thought out. This has now gone one step further, with Apple moving in to telecommunications with the iPhone, and finally in to the music industry with iTunes. People have spent more money on Apple products in the past few years, despite the economic downturn – because their view of one product coloured their view of every other product the company sells. {Tweet}

As a small business, this is essentially a demonstration of the importance of quality services or products, and of providing good customer service. As an IT company, if you do a good job of fixing a client’s printer, it is likely that, next time their server goes down, you may well receive a call because you are ‘the people who fix things’; the fact that a printer and a server are different pieces of equipment is less of a factor; the original, specific experience, the first impression, colours the view of the whole.

There are a range of other elements which can also be influenced by the Halo Effect – such as appraisals of staff. In this instance one trait, such as enthusiasm for the role, might be allowed to colour a manager’s appraisal of the entire contribution of a specific staff member, despite them being ineffective.

This psychological theory has been proved numerous times, and is linked to the principal of ‘what you know is all there is’ – which will be covered in our next blog post. If in the meantime you’d like to do a little more detailed reading, it’s certainly worth flicking through a book called ‘Thinking, Fast and Slow’ by Daniel Kahneman. In addition, if you’re interested in consumer psychology and the decision making process behind buying, you might also like our article on Framing and how small businesses can use the technique to increase sales.