Use of the anchoring effect in marketing takes advantage of a flaw within the human mind which means we do not consider the value of an option based on its intrinsic value. Rather, we compare different offers against one another; we make decisions based on comparative values. In short, through the anchoring effect, we ‘anchor’ our decision making process to the surrounding situation, rather than thinking rationally to make the best decision overall. This has several applications in marketing which we will discuss here. {Tweet this} 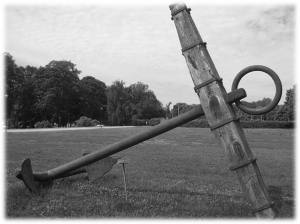 One of the best explanations of the anchoring effect is given by Dan Ariely, a behavioural economist who has featured on TED (if you like these type of blog posts, it’s definitely worth checking out this video – it’s about 17 minutes long and is all about how we as humans think irrationally).

To take one of Dan’s examples, let’s say as a holiday company you provide potential customers with the option to go on a holiday of their choice, with one option being Rome and the other being Paris. These holidays are both free, and that includes everything – flights, hotels, the lot.

For most people, this would be a pretty difficult decision. Both cities have interesting cultural backgrounds, good food, monuments etc. and the customer must choose between the two.

However, as Dan says in his talk (about 12 minutes in) if you add in a third option – Rome without free coffee in the morning – this means that the customer then anchors their choice against this third, less appealing option. The idea of going to Rome, and having free coffee, is superior to going to Rome and having to pay for coffee in the morning.

If you watch Dan’s TED video, he gives a few more examples of this type of idea – the Economist advertising is a particularly good one.

The Anchoring Effect And Small Business

Whilst Dan’s video isn’t about business, his points about the anchoring effect and irrational decision making have some pretty clear potential uses. {Tweet this}

For instance, if you have two options for a subscription service – let’s say annual and monthly – and you want people to sign up to your annual plan (whether that’s because less admin means more profit, you want the security of knowing the money is there, or whatever) a tactic you can use is to also offer the annual plan for a very similar price, but with one key element missing or a slightly altered. Consumers then anchor their decision making process using this information, rather than the two pieces of information given initially.

Let’s take the following example. In this, the benefit to the customer of signing up for 12 months include tasting notes and exclusive membership to a wine club. However, the cost is prohibitive and may put off some customers, who would opt to simply pay by the month, forsaking the tasting notes etc. On a monthly package, they could legitimately cancel their deal if the wine was poor quality, or if they couldn’t afford it that month for instance. There is no cost saving based on buying a year rather than 12 individual months.

In this second example, we have added a third row – the Annual Standard package which is essentially just a year long version of the monthly plan. The cost remains the same for both packages. In comparison to the Annual Standard plan, the Annual Exclusive now sounds like a brilliant deal – for the same price, you also get the added benefits of exclusive membership and expert tasting notes for each wine. As per the above, this preference is also reflected against the monthly plan as per the example given above and those in Dan’s video.

As a side note, that Annual Exclusive package also appeals to psychological bias which we will discuss in a later blog – the need for self-esteem and the cognitive biases this creates, by virtue of the word ‘exclusive’. If you’re interested in other elements of consumer psychology, why not take a look at these two posts on utilising positive emotion in advertising, and on how the reciprocity effect can be used by small businesses.